Smokey and the Bandit’s 1977 Pontiac Firebird Trans Am 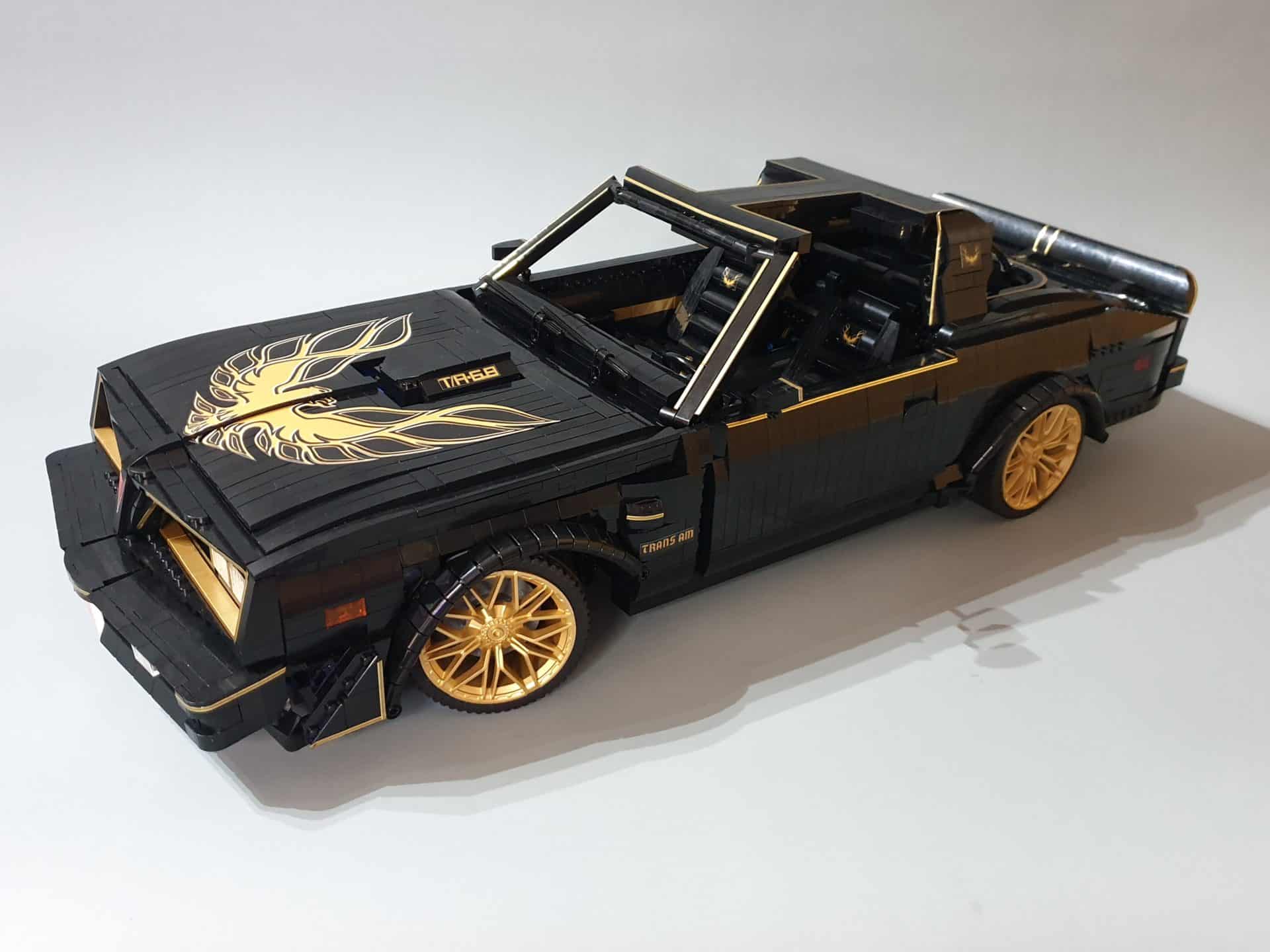 This is my 1:8 scale MOC of Bandit’s 77 Trans Am. The model features a full technic chassis and frame with all wheel suspension, functioning steering, enlarged V8 engine and a simple forward and reverse gearbox. The shell is based on system/creator parts in a beautifully accurate exterior complete with gold pin-striping and the giant flaming bird motif, “The Screaming Chicken” as it became known after the 1977 film which launched this car into iconic status.

The film Smokey and the Bandit tells the story of two bootleggers as they attempt to illegally transport 400 cases of beer from Texarkana to Atlanta, and was the second highest grossing film of 1977 after Star Wars.

The most iconic and famous aspect of the movie, besides maybe Burt Reynolds (The Bandit) himself, is undoubtedly his car, the 1977 Pontiac Firebird Trans Am. The car became an immediate dream car for many around the world. Unfortunately, three of the four cars provided to the movie-makers were destroyed during filming, and only the promo car survived.

Thank goodness the car lives on in LEGO®!